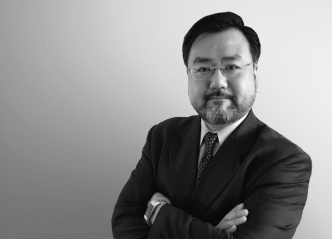 John is a business lawyer specializing in the areas of corporate formation and structure, commercial contracts, and real estate. His experience includes representing Fortune 500 Companies, other leading public corporations, banks and financial institutions, land holding companies and trusts, shopping mall developers, private equity funds, municipalities, and closely-held entities. He is also a recognized and peer-reviewed business litigator having significant successes in both jury and judge-tried cases.

I believe in providing people a direct path to their personal goals.

The way I do this is by helping them succeed in business.

I just happen to be a business lawyer.

"Rising Stars" awarded in Business Litigation by Super Lawyers Magazine, a distinction earned by no more than two-and-a-half percent of all lawyers in the state of Missouri.

"The Anti-Contact Rule for Business Lawyers and Litigators - When Can You Speak to Adversaries or Their Current and Former Employees and Agents?"; WestLegalEdCenter

Print | Sitemap
© Westminster Legal Group, LLC. Licensed in Missouri and Illinois. The choice of a lawyer is an important decision and should not be based solely upon advertisements. This disclosure is required by the Supreme Court of Missouri. The Supreme Court of Illinois does not recognize certifications of specialties in the practice of law and a certificate, award or recognition is not a requirement to practice law in Illinois.